The Steyr VS Morini Imbroglio

The battle between Steyr and Morini air pistols has been a long drawn battle which often puts novice shooters in a fix and often the decision sways towards the one which gets majority of votes from the people with whom the inexperienced shooter associates with.

Choosing between a Steyr EVO 10E and Morini 162 EI Titanium posed real challenge for me back then in 2006 (it was Steyr LP 10 at that time and was my first purchase) and am sure it is still a challenge for many new comers in the field of shooting.

So, this article of mine is a small step in understanding how and what differentiates these two most sought after air pistols. More so, after using Steyr LP10 in 2006-2008, Steyr LP10E during 2015-2016, Steyr EVO 10E during 2017-2019 and now finally switching over to Morini Titanium after due deliberation with Hemant sir.

It was more of a leap of faith as I was in my comfort zone of using a Steyr, believing it to be a more shooter friendly pistol with better reliability and ease of operation besides good looks being subjective, the Steyr looks a generation ahead.

The Steyr EVO 10E in its latest avatar had come up with many added features like tilt and adjustable sights, better loading space, but the gimmick that swayed me to purchase it was its micro switch which manufacturer say is made of gold. This made me believe that the trigger of the Steyr which was always its Achilles’ heels may have been rectified and now the best (in my opinion then) has become better.

The Steyr EVO 10E is more like a Hyundai car say the latest Verna Turbo or Sonata that comes loaded with features making it a very good value proposition.

The first time I saw a Morini 162 EI Titanium was in September 2006 when Assam was gearing up for the 33rd edition of National Games to be held in 2007 and we had a camp in South Point school in Guwahati to select Assam team for State Championship to be held at Shillong, Meghalaya in October.

The Morini was ugly then and even today looks a generation older if you compare it with the Steyr LP 10 of those days. One reason why I never considered Morini, could perhaps be the fact that I came out top in the selection process, shooting 88/100 while the Morini guy finished second with 85/100.

A motivational speaker once said that any purchase that we do in our lives is based more on emotional considerations which we later justify with logic and buying a Steyr was perhaps no different. Even after joining Foresight shooting and attending the discourse of Hemant sir, I still wondered what trigger feel has to do with shooting? If I am not wrong, the world record score of 594/600 has been achieved with a Steyr. Besides, a Steyr is a very balanced pistol. This jargon was very new and elusive for me as I used to hear it from senior shooters like Samresh Jumg and P.N Prakash both of whom were Olympians.

Things got clearer once I started shooting with my Morini. In my humble opinion, the balance with respect to a pistol is like its tendency to help you achieve a perfect sight picture with minimum effort. The Morini with its long and ugly compensator made it very difficult to achieve a good undisturbed sight picture. While a Steyr with its shorter barrel and compact compensator had a weight distribution so evenly done that even a beginner can have ease of getting a less disturbed sight picture.

As Hemant sir said, shooting consists of two things i.e. Aiming process and Triggering process. It is the perfect culmination or rather juxtaposition of one over the other that can result is achieving a perfect shot. Perfect shot means that the pellet will land in the inner rings of 10 or achieving a great concise grouping.

The perfect aiming process alone or triggering process cannot give us a perfect shot. It is the marriage of the two and since marriages are made in heaven, I am sure the feeling of achieving that must be heavenly. Maybe that is what Hemant sir wants us to feel. Heavenly bliss in the union of Laila-Majnu or Romeo-Juliet. Feels Euphoric, doesn’t it? So how does Steyr EVO 10E or Morini Titanium fare in helping Laila-Majnu or Romeo-Juliet get there?

Well, to put it from a petrol head’s perspective, automobile engineers around the world do a lot of research in achieving a perfect balance between ride and handling in any mass production car. A car that has a very supple and cushioned ride over Indian potholes and speed breakers will be the scariest and floats at highways and bends when it achieves triple digit speeds.

If you remember riding Tata Sumos or Safaris and better still Hyundai cars, then you should understand what I mean. Plus, Hyundai vehicles do not have any steering feel/feedback to it and thus dampens the spirit of driving if one would like to drive themselves. The same goes for the Steyr EVO 10E. Being a very well-balanced pistol, the Steyr is great for beginners or for those who want a pistol that aid in aiming process, but it lacks the trigger roll feel to it.

Not only does the trigger becomes vague and lifeless once the shot is fired but if our mental state is to focus on the trigger role feeling alone, then the shooter will experience a sudden shock at the mental level. Long time ago, I questioned Hemant sir as to how can that affect the shooter as Steyrs are known for near perfect zero-barrel flip at the time of shot release? Thereby, helping a shooter achieve a perfect follow through and sight picture before, during and after the shot has been fired. He made me understand that follow through is there at the mental plane as well, when a shooter is focusing on the trigger roll feeling. It was all Greek to me then. Not anymore.

Come Skoda Octavia, a vehicle that will make you feel every grain of sand used in the road tarmac with its harsh low speed ride and make you question if this car has any shock absorbers or not? But come a twist or bend in the highways and it will cling on to the road like a magnet.

To add icing to the cake, the steering will communicate with you at every corner, screaming at you as to how far you need to roll the steering wheel thereby putting a big grin on your average Indian face. But, in order to actually appreciate the engineering of a great handling car, you need to rise above the typical Indian mentality.

The same goes for the Morini Titanium. One has to rise above his/her comfort zone and delve deeper in to the intricacies of shooting. Needless to say, that the Morini Titanium is excellent when it comes to making you feel the trigger roll feeling and is more consistent it its trigger weight after the shot is fired. A feeling that needs time to develop and master.

But there is a catch here, since the Morini Titanium is not very balanced, therefore one needs to master the art of aiming process. Remember I talked about marrying Laila-Majnu? A shooter not having complete mastery over his aiming process will feel like having a rogue pistol in his hands that has a mind of its own.

Hemant sir once said that a Morini is like a wild stallion that needs to be controlled and tamed first. “You were so very correct sir”. Any flaw in the aiming process and you will see your shots land at 7 or 8. This doesn’t happen with Steyr though. I mean it might happen only if you are still in your nascent stage of shooting but as I said earlier that it will help you in achieving a perfect aiming process as Steyr EVO 10E is a very balanced pistol.

So then who wins? Well that depends upon what you seek in life in general and in shooting in particular? I mean whether you want a car for your daily city commute that does the job of transporting you from point A to point B with little or no hassle and have all the frills at less the price or you want a car that excites the child in you? I must add that the Morini Titanium is for those who believe that shooting happens at the subconscious level. To reach that subconscious stage one has to delve really deep and feel that stage like a dream. The Morini Titanium helps you to get there in the shortest possible time provided you are honest with the drills Hemant sir has shown us and once you are there, you actually begin shooting series or rows of 10s. I have never experienced this so frequently with any of the Steyrs. My best card has been 99/100 and this I have achieved on 3 different occasions in the last one decade or so with my Steyr models. But with the Morini Titanium, I have experienced it 4-5 times in a span of 4 days. I may not have shot more than one 99/100 card with my Morini but achieving rows of 10s and going subconscious appears more frequent with the Morini.

Like I said earlier, buying Morini Titanium at the insistence of Hemant sir was more of a leap of faith. Honestly speaking, I had an element of doubt with this decision. But I plunged in to the rabbit hole holding sir’s hand. So far, the journey is nothing short of a revelation.

I am thankful to almighty Krishna and Hemant sir for helping me make this decision. 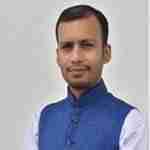