Where does Match Pressure come from? - Foresight Shooting
0 Items

Where does Match Pressure come from? 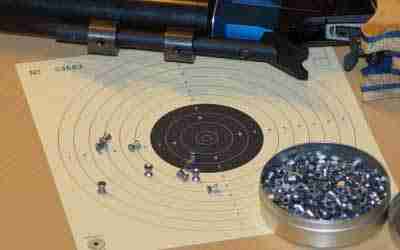 All shooters, without exception, dream of making it big in Air Pistol Shooting. When they are not shooting, in their spare time, they dream of fame and glory.

They see their faces on the National Dailies accompanied with blazing headlines, declaring the coming of a new Champion. They imagine being interviewed on National Media, some even imagine receiving a Cheque for a huge amount, the keys to a beautiful house and or luxury sedan (hopefully with a beautiful beaming young lady draped around the windshield).

Then there are those whose dreams are smaller. They dream of getting a secure job, a willing smiling sponsor, or even additional marks added to their marksheets which enables them to secure a seat in a college offering professional courses.

To realize these dreams every shooter knows that he / she has to perform extremely well in matches. So, they practice hard and shoot decent scores in practice matches but when the day of the match dawns. Cold clammy fingers of self-doubt and the ‘fear of failure’ creep into their minds.

By the time they step on the firing point, this ‘fear of failure’ has eroded away their confidence and reduced them to a quivering jelly. As a result their first series is a washout, while the following series is no better.

By the time they are midway in their match, all hopes and dreams of shooting well have evaporated altogether.

Then a very strange thing happens. Knowing that the match is gone out of their hands, they approach the final two or three series in a very stone cold, sober manner.

Suddenly they find themselves shooting quite well, the way they shoot in practice. By the end of the final series, they are shooting their best series scores.

Shorn of all expectations from themselves, they manage to shoot the remaining series quite well.

Match Pressure arises from the huge expectations we place upon ourselves. The moment you start shooting well in practice matches, you begin expecting the same performance in your matches also.

The larger your dreams, the higher your expectations, the HARDER you fall in a Match.

So what should a good coach do to help his students overcome this ‘match pressure’?

A good coach, will USE the dreams of his shooters to MOTIVATE them to WORK VERY HARD during training.

At the same time, he makes certain that his students also arm themselves to counter the match pressure with Mental Training Skills.

A good coach, not only raises the Technical Skills of the shooter but also works on the Mental approach each student should have while approaching a Match situation.

Before each match, he sits down with his students and works out a ‘Match Strategy’. In this match strategy, both coach and student work out the goals to be achieved in the coming match.

Unfortunately, without a good coach, shooters expect a certain MINIMUM SCORE as their goal and get themselves into trouble.

Examples of goals set in a ‘Match Strategy are as follows;

1. What are the mental Training exercises to be practiced a WEEK before the match.

2. The Goals to be achieved in Technical Skill levels a week before the actual match.

3. The ‘Warming Up’ Goals to be achieved (Technical, Physical & Mental) One hour before the Match.

4. What are the goals during ‘Preparation Time’ and Sighters.

5. Goals (usually Technical) to be achieved in each series.

If the shooter is FOCUSSED in ticking off each of these goals, he is bound to shoot close to his practice match scores.

The road to the Olympics is possible, when you learn how to FOCUS on the goal you have set for EACH AND EVERY SHOT.

You must learn to DISCIPLINE your MIND to stay focussed on this goal for every shot you shoot. You begin to do this in PRACTICE, ONLY THEN, you will carry this good habit into your match.

So, ONE of the keys for tackling match pressure is NOT to set a SCORE as your goal for the Match. Instead learn how to develop a Match Strategy which will help you to focus on small goals rather than a score.

Finally, do think on what your goal should be for each and every shot you shoot in practice and in a match. Call me, email me , we can work it out together and say GOODBYE to match pressure.